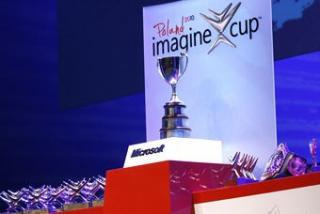 Imagine Cup is one of the largest yearly technology competition carried out with the support of the Microsoft Corporation since 2003. The aim of the competition is to create new and original projects and apps. Competition lasts for one year and it will be concluded at the international finale in the summer of 2015 in Seattle.
Undergraduate and postgraduate students from all over the world can enter the competition as a team or individually. Competitors have to develop their own projects that are meant to solve social or business problems through the use of modern technology.

The competition is in three categories:
1. Games. To enter the competition one needs to draw on their imagination and create an original game using one of the Microsoft platforms: Windows, Windows Phone, XBox Indie Games, Kinect SDK.
2. Innovations. Competitors need to think up and realize an innovative software project powered by Microsoft (by using Windows, Kinect, Windows Phone, ASP.NET, XBox, Windows Azure Cloud or another technology).
3. Social projects. You need to develop an App prototype powered by Microsoft and oriented towards solving modern problems.

For reference:
At the Imagine Cup 2014 a PNRPU team titled “Brainy Studio” won the main prize in the “Games” category (50 000 USD), a trip to the PAX conference as well as picked up the AppCampus Award granting them 20 000 EUR for the development of their game.