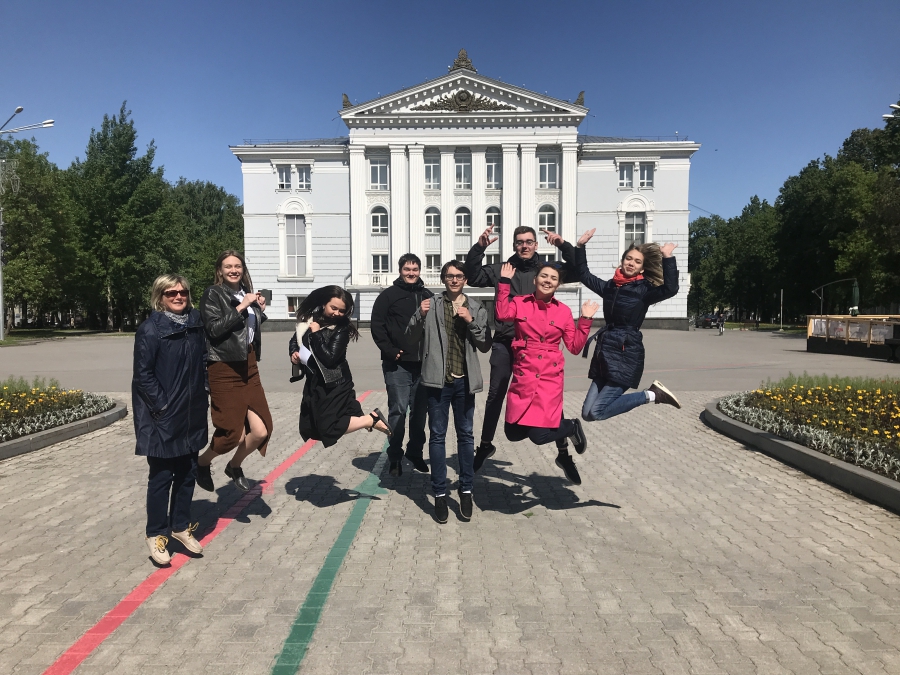 Traditional Russian-German project week started the week before and lasted till 8th June. It should be noted that this traditional annual event is organized in the frame of the project  "Double degree diploma" between Perm Tech and Anhalt University of Applied science.

The key tasks of the week were the following: searching new issues in education and science for further collaboration between universities, studying Russian and German enterprise experience, developing already existed projects.

To work on a tasks there were  meetings with the leadership of the university and the faculty, student participation in  scientific-research seminar "Digitalization in logistics" and visiting the Perm Krai enterprises.

Welcoming speech was done by Victor Mokhov, the dean of  Humanities Faculty, who told the colleagues from the Anhalt University of Applied Science about Perm Tech and new common grounds for further collaboration development.

In the frame of scientific-research seminar, students of the faculty carried out the research about implementation of digital technologies in traffic logistic and made a report on its results in German language.

This year there were organized several excursions to the enterprises of the city and Perm Krai. One of them was to the company "Promobot", which gave away a secret about its production story and promotion of free-run human-like robots for business. Then the "Demidkovo" resort showed its advanced resort technologies and approaches that are used in management, sales, marketing and PR.

The project week is very popular among students and bears great fruits in collaboration between universities.

Perm Tech return thanks to the Anhalt University of Applied science.

New horizons of collaboration are ahead!