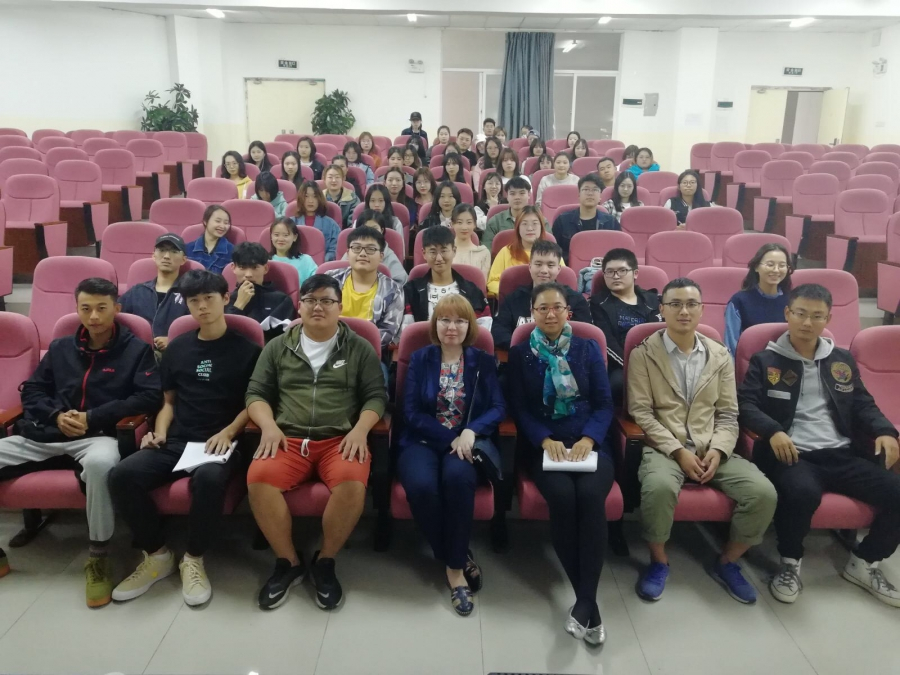 In the beginning of December Elena Alikina, the head of department "Foreign languages, linguistics and translation" became emeritus professor of the University of Sanya (China).

The program of the meeting included several classes about the Russian language and the culture in 21 century and negotiations about further key aspects of collaboration.

Chinese students were very interested in the similarities and differences of cultures, modern trends in music and literature.

During the visit there were discussed questions covering academic exchanges, joint researches, scholarships and training courses. Since the end of negotiations Elena Alikina was given certificate of the emeritus professor of the University of Sanya

It is worth mentioning that the "Foreign languages, linguistics and translation" department is very active in Russian-Chinese educational projects. Students of the department study Chinese language ,they have scholarships and continuing their study at Chinese universities, and the exchange education program is being implemented.