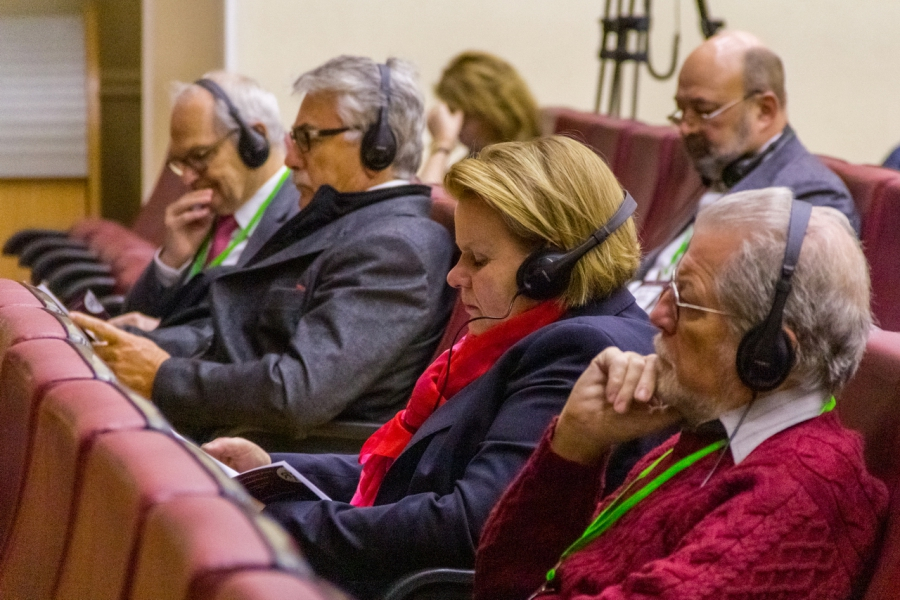 In the beginning of December there was an incredible event -International scientific research conference  "From waste management to recourse management". The key player and organization of the event was the "Environmental protection" department of Perm Tech together with IWWG Regional Branch for Russia and New Independent States.

There were more than 200 participants from all over the world: Germany, Austria, Greece, Lithuania, Moscow, St.Petersburg and other Russian cities. Among conference members were students, Russian and foreign scientists, government officials and members of business community.

There were presented 75 reports, also there was poster section and competitions of students reports and there was done a move «Recycle It». There was introduced a new slot machine- "Sortomat" developing by Perm scientists. The main function of the machine is to collect plastic bottles

Also during the conference there was round table titled as "The role of Russian Eco-techno parks  in waste treatment industry", that was organized by Perm Tech together with Perm commercial and industrial trade chamber. The  main discussion was related with current waste treatment situation and urgent questions about "garbage reform" in Russia. Due to discussion there was coached a proposal about waste management system development and necessary for that steps that should be taken by government, academic and business community.