Perm Tech branch construction in Kogalym has been started

21.09.20
Perm Tech branch construction in Kogalym has been started 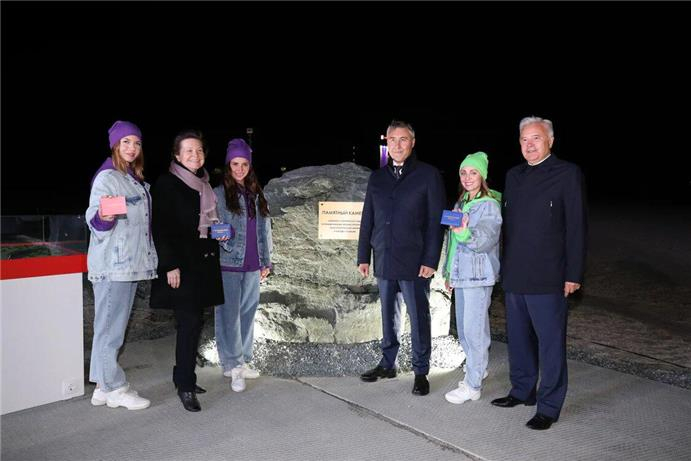 Ministry of Science and Higher Education of Russia, Government of Ugra, Government of the Perm Territory and LUKOIL have consolidated their intentions to establish an educational center in the city of Kogalym to train engineers for the country's oil and gas industry in compliance with advanced international educational standards.

Thus, a branch of the Perm National Research Polytechnic University will open in Kogalym.

It will be located on an area of ??over 22 thousand square meters. It will include several buildings: a public education, an educational one with atriums, a laboratory, an assembly and a conference hall, a canteen and a cafe, a museum and a library. Sports grounds and zones with art objects, and a landscape park will be organized on the territory of the center.

Engineering and survey work has already been completed, project documentation has been prepared, and a positive conclusion of the state examination has been received.

Before opening of the Kogalym branch, students will be trained in Perm. The first enrollment of applicants from Ugra was already held this year.

‘The project is integrated into the system of training personnel complying with international standard, which is responsibility of the St. Petersburg Mining University and UNESCO. Our region is assigned training base of mining engineers oil and gas production. I am confident that this project will bring the results that we expect,’ Natalia Komarova said.

‘One of the primary tasks of the Russian Ministry of Education and Science is to create opportunities for self-realization and development of talents, so that every region of our country could provide high-quality higher education and become an expert in demand. At the same time, we shall understand that implementation of this requires a whole range of measures. Efficiency of university-region-company cluster and taking into account the interests of each of the parties is especially important,’ Valery Falkov said.

The project investor was LUKOIL. ‘The center will train highly qualified specialists to work at the fields of LUKOIL both in the Russian Federation and abroad. We are grateful to the ministry and governors for their willingness to implement this project. We will definitely complete our mission,’ Vagit Alekperov said.

On the same day, Valery Falkov, Natalia Komarova and Vagit Alekperov took part in the solemn ceremony of laying a memorial stone to commemorate start of construction of educational center.

‘On July 21, 2020, the President of the Russian Federation signed a Decree on National Development Goals until 2030. This document outlines 5 strategic goals for the next decade. One of them is to provide conditions for self-realization and development of talents,’ Valery Falkov said at the ceremony. ’Achievement of this goal presupposes joining efforts of authorities, state and large companies. Today we are participating in establishment of a new educational center, which, among other things, will make it possible to achieve this goal much earlier.’

The educational center will unite educational, scientific, applied and industrial activities for the training of future petroleum engineering specialists. Training programs for specialists will be linked to the real goals and objectives of the oil and gas industry. Students will consolidate knowledge in practice in a production environment and conduct research of an applied nature. The branch will be opened in 2023. The first enrolment of the future oil engineering specialists took place this year, and until 2023 students will study in Perm.

The center will train students in the following areas: "Oil and Gas Engineering and Technology", "Applied Geology", "Oil and Gas Business", "Technological Machines and Equipment".

Now, the surveying  has been completed, project documentation has been prepared and a positive opinion of the state expert appraisal has been received.

‘Solidarity of the largest company, LUKOIL PJSC, which has been setting an example of caring for the cities and regions of its presence for many decades, the Khanty-Mansiysk Autonomous Okrug, one of the country's leading regions, and the Perm National Research Polytechnic University is a good example of how to move forward. High-quality higher education will come directly to the graduates of the Kogalym schools,’ Valery Falkov said.

Vagit Alekperov  stressed that today the dream that had been talked about in Kogalym for three decades is coming true. The creation of an educational center will allow the younger generation to receive a relevant  higher education without leaving the region, and to get involved in the work at the existing fields from the first year of studying.

Practice-oriented training of students is planned at the production sites of the Lukoil group in Kogalym, including  the oil production and preparation workshops, on drilling rigs and simulators, in geological exploration services, at mini-refineries. In addition, future oil and gas specialists will be able to study at the laboratories of PJSC Lukoil.