PERM TECH IS INCLUDED IN THE INTERNATIONAL RANKING AGAIN 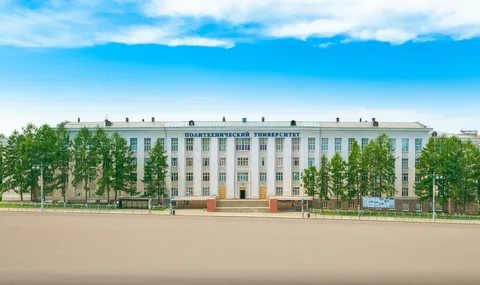 This year, the Times Higher Education magazine includes over 1,600 institutions from 99 regions of the world. Perm Polytech took 24th place among Russian universities.

The university was ranked based on 13 criteria, which are divided into five groups, corresponding to the key areas of university activity: education, research, citations, industry call for funds, and internationalization.

Every year the Perm Tech improves its performance in the following groups of indicators: education, citations, call for funds from industry and internationalization. According to Pavel Volegov, Head of the Science Department of the Perm Tech, the strong point of the university is its well-established system of interaction with industrial partners. According to this indicator, The Perm Tech entered the top 300 best universities in the world. This indicates that the R&D of the university are highly demanded by the real sector of the economy.

Also, according to the rating, this year the Perm Tech indicators for internationalization have significantly increased, the result was determined based on the number of foreign students and teachers, as well as the number of publications in collaboration with foreign experts. The Perm Tech was also noted in the Moscow International Ranking “Three University Missions”, which included 1650 best universities in the world. The list was published by the RAEX agency.

The university is included in the ranking for the third year. According to experts, among the universities of the world, the Perm Tech takes a position in the interval group 1001+.

—The rating lists are expanding every year, they include more and more higher education institutions representing countries around the world. The fact that we have stable positions over the past years confirms the high level of dynamics of the university and indicates that we are actively developing and are able to be competitive, - says Pavel Volegov, Head of the Science Department of the Perm Tech.

According to the organizers, “Three University Missions” is a fundamentally new academic rating. For the first time, it ranks universities in all three key missions: education, science and interaction with society. The rating methodology passed a large-scale public discussion among representatives of more than 100 universities. The principal difference of the new ranking is that it is based on the consistently measured quantitative indicators and rules out the use of the data based on reputational surveys, which significantly increases the level of objectivity.

A young researcher from the Perm Tech has developed an intelligent building image processing system that can determine the color patterns of architectural objects. The technology will help developers of apartment buildings integrate projects into the urban space more efficiently. The program has no analogues in Russia and in the world yet.