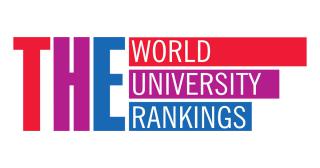 Perm National Research Polytechnic University (PNRPU or in Russian: Пермский Национальный Исследовательский Политехнический Университет) was founded in 1953 as Perm Polytechnic Institute. It gained its status as a state technical university in 1992, making it one of the first polytechnic universities in Russia to do so.

As well as 57 master’s programmes and 54 postgraduate programmes, the university offers 187 higher professional educational programmes. In 2009, it was awarded the status of National Research University by the Russian Ministry of Education and Science. Its current rector is Anatoly Таshkinov.

The university is located in the city of Perm, Perm Krai, Russia. It is located on the banks of the Kama River in the European part of Russia near the Ural Mountains. The Kama is the main tributary of the Volga River and stands to be one of the deepest and most picturesque of Russia’s rivers. Perm is located in the old Perman area, which was originally inhabited by the Finno-Ugric people. The largest industries in the city are electric power engineering, oil and gas refining, machine building, chemicals and petrochemicals, forestry processing, printing and food industry. Perm is an important railway junction on the Trans-Siberian Railway with lines radiating to Central Russia, the north part of the Urals, and the far east of Russia.