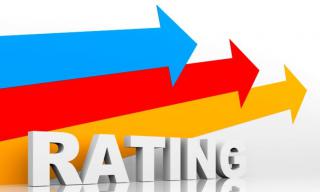 In early May, the international rating agency RUR published the latest ranking edition of the world's leading universities -  the RUR World University Rankings 2019. It includes leading universities according to the level of educational and research activities, publishing activity, attracting foreign teachers and students, financial stability and interaction with industrial partners.

Now in Russia there is a large-sized scrap metal processed manually. This is dangerous: welders and enchasers get injured and burned,and suffer from toxins. Perm Tech scientists are creating a robot that will allow to recycling metals without harm to human health. The innovative plasma torch will help to cut materials of any configuration and dispose them even from hard-to-reach areas.

Scientists from Perm Tech together with colleagues from India developed a unique technology that will increase the efficiency of the complex metal unit production for aircraft and missiles using casting technologies. Parts with high dimensional accuracy and surface quality, obtained using burnout casting, are now in high demand. The development helped to increase the accuracy and quality of 3D printing of prototypes, which made it possible to increase the economic efficiency of the technology by 34%.