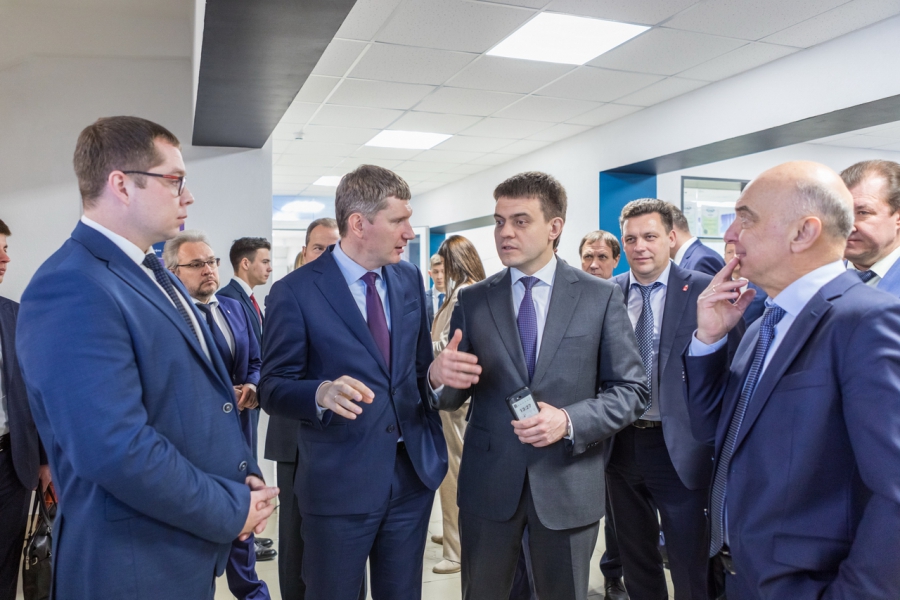 On 18 November.2019 the university minister of the Russian Federation Mihail Kotukov came to Perm with the working visit. The minister was showed the place where the scientific educational center "Sustainable subsurface management" and Perm Tech center of geology and oil and gas fields developments is situated.

Perm Krai is one of the five pilot regions, which is setting up the Research and Educational Center (REC). The region showed the strong interest to the implementation of the project.

The governor of Perm Krai Maxim Reshetnikov mentioned that the REC is one of the examples on how the alliance of research and scientific, educational and industrial sectors can be  effective.

The so called triangle "science, industry and education" in Perm Krai is stable. It is the triangle that enables Perm Krai to be in progress all the time . It is worth mentioning that REC is not only about the science and future technologies but it is also about the young generation, that must stay in Perm Krai to study and to develop the it. Due to the REC the education of the new level is being established.

During the visit the minister was demonstrated one of the REC sites "Hydrocarbons". The first and second floor are the educational space, including three specialized departments Perm Tech and LUKOIL Company. Also there are 9 classrooms for more than 200 students. Nowadays there are classes for bachelor and master degree students from different faculties of Perm Tech.

The 3d floor is a place for science and engineering. There is a live environment for scientific schools, business society and industry of Perm Krai. Interdisciplinary activity of the leading departments in the key areas of development. The 4th floor is the space for the project office of REC and further interaction on the topic.

The ecosystem for developing technologies, attracting talented youth is the first thing that is going to be done. It is planned to create multi-sector space which has no analogs that will implement key tasks in science, education and industry. The space will allow to prototype the equipment, to test and implement new technologies, to give a boost from idea to implementation 3 times. And to implement the project devoted to core logging facilities of this space.

The minister was presented a unique digital product that has no analogues and which is able to compete with eminent world vendors such as Schlumberger - "Engineering Process Simulator". Development allows to create a digital twin of the field with the ability to simulate processes. The software product covers various areas of business processes, electronic document management, solving operational production problems and conducting economic analysis of management decisions. An engineering simulator is being implemented at the site of LUKOIL-Perm LLC.

Also, there was introduced the digital deposit management center, which is developing various approaches used in world practice. The center serves as a point of rapid development: digital technologies are tested here and business processes are analyzed taking into account the economic effect after the transformation.

The center conducts innovative activities to create its own products similar to world ones. For example, the Mobile Crawler system, designed to automate and increase productivity. It competes freely with the products of world famous vendors Honeywell, SAP and Wonderware. During the testing of this development an increase in production discipline, reliability and quality of the source data, a reduction in paper workflow and improved control of the timing of work were noted.